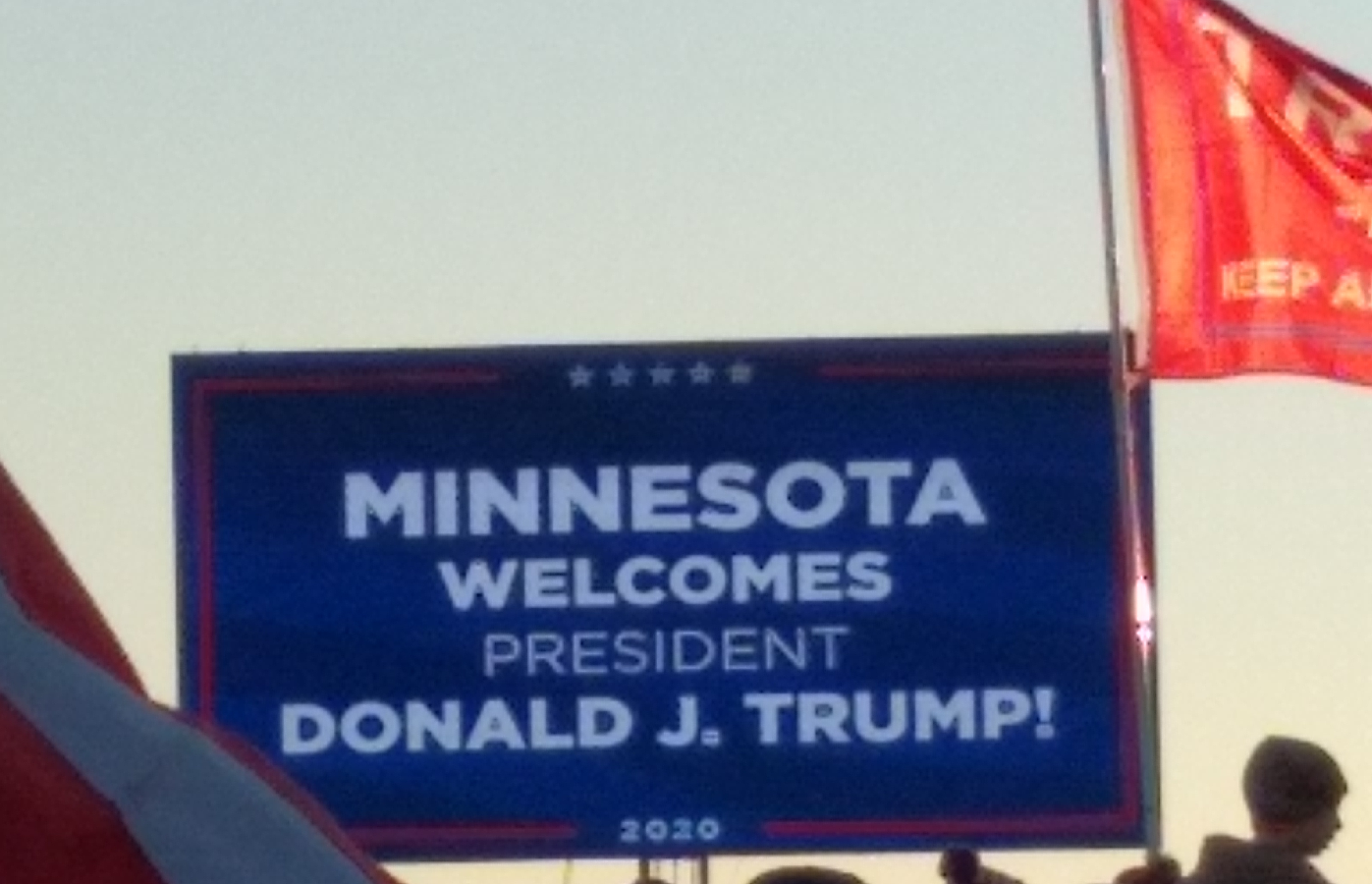 UPDATE Peaceful Protest Rally Time 1 pm. Friday: There were about 1000 people waiting to see the President when I arrived and grew to a massive crowd 20k+ by the time the President showed up. There was group of 250 people that were allowed to go into the hanger where President Trump was to speak. Just before he arrived I decided to move more to the east of where I was in the overflow crowd and I noticed that they had set up screening gates and were letting another group of people closer to the hanger. I proceeded to the gates and got almost to be the next to be screened when I looked over and seen the Presidents Motorcade headed towards us and I yelled “there he is” and the group I was with started screaming! The President got out of the Beast and greeted us! I was mere feet from the President! I was so excited and literally shaking I didn’t realize my phone wasn’t recording.

I truly believe if it wasn’t for all the chaos, politics and negativity surrounding the location and crowd limit covid restrictions there would have been 50k or more in attendance but the Governor, Mayor and AG made it sound like you would be arrested if you were to attend.

UPDATE 9:00 PM: The event is moved back to the airport and only 250 people will be allowed to attend by invitation only. Looks like politics is in play thus not allowing me to attend!

BREAKING: Rochester @MayorNoton tells me they’ve reached an agreement with @realDonaldTrump campaign for rally at Rochester International Airport: event is to be 250 people and invitation only.

UPDATE 4:00 PM: Tom Hauser of KSTP-TV says the event will move back to the airport but with limited attendance. The story continues to develop.

DEVELOPING: It appears the Trump rally that had been moved to two businesses in Dodge Center was cancelled after pressure, but no “threats,” from Attorney General Keith Ellison. “These are decisions they are making,” Ellison spokesman John Stiles told me minutes ago. “We never.. pic.twitter.com/GK31xAkM3V

DEVELOPING: The Trump rally is apparently moving back to the Rochester airport and limited to less than 250 people. The owner of one of two Dodge Center businesses planning to host the event say they got word from the Secret Service after setting up stands for 6,000 people. pic.twitter.com/p2JsuPmKaM

UPDATE 11:00 AM: The rally has been moved to McNeilus Steel in Dodge Center. More info to come at 6pm. Stay tuned.

President Trump will be making a last minute campaign stop in Rochester MN at the Rochester International Airport on Friday evening Oct. 30th The event is scheduled to start at 5 pm. with gates opening at 2 pm. The President previously held a rally in Rochester on Oct. 4th 2018 at the Mayo Civic Center. This will be his second rally now called a “Peaceful Protest” in Rochester for his 2020 presidential bid and fourth campaign visit to Minnesota in 2020.

The President just narrowly missed Minnesota’s 10 Electoral votes in 2016 by 44593 votes. This time he wants to make sure he wins Minnesota.

I previously attended the rally in Minneapolis on Oct. 10th 2019 and it was a great experience and couldn’t wait to attend another. I made many new friends and learned I wasn’t the biggest Trump supporter out there. Everyone was extremely friendly. I waited in line for more than 12 hours which didn’t seem that long probably because I was surrounded by people just like me. Listening to everyone’s stories also helped time fly by.

If you are planning on attending the admission is free and registration helps with any special instructions. Just bring the bare minimum because you will be screened by the Secret Service. I brought my phone, power bank to charge my phone, my wallet with my identification and minimum amount of cash to buy any of the Trump gear that I wanted from the vendors and that’s it.